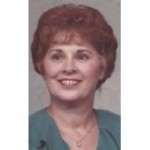 Dorothy Wolfe, 83, of Factoryville died Friday evening at her home. Born January 18th 1931 in Jessup; the daughter of the late Stephen and Mary Kurtak-Marcinko. Dorothy is preceded in death by two husbands: Bernard Griffin Sr. died May 25th 1970 and Lawrence Wolfe died September 4th 1996.Dorothy enjoyed flying with her husbands at Schulzville and Seamans Airports. In earlier days, she also enjoyed picnics at Chapmans Lake and boating at Lake Wallenpaupak with her husband and children. Her years working at the Barbizon, Inc., in Olyphant provided her with the experience to become an excellent seamstress. She enjoyed sewing Halloween outfits, prom gowns and wedding dresses for family members. Dorothy also enjoyed playing the piano and could emulate a song without sheet music. Later while residing in Factoryville, she was appointed Judge of Elections. Dorothy was a loving and caring wife, mother, sister, grandmother, great-grandmother and aunt whose humor and personality will be dearly missed. She was preceded in death by her sister, Mary Griffin and her brother Stephen Marcinko Jr. Surviving are three sons: Bernard Jr. and his wife Linda of Peckville; Gary and his wife Christine of Archbald; Ronald of Factoryville. A daughter Bonnie and her husband T.J. Couzens of Clarks Summit. Dorothy is also survived by a sister, Margie Smiegal, Lake Ariel.Funeral Service were held privately and at the convenience of the family. Interment at Holy Ghost Greek Catholic Cemetery in Jessup. A heartfelt thank you to the Commonweath of NEPA for their compassion and great care provided to Dorothy in her time of need. To send an online condolence please visit www.aplitwinfuneralhomes.com