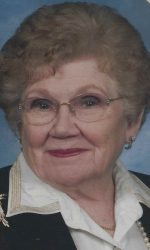 Elizabeth M. Weiss, 102, of Tunkhannock passed away at the Geisinger CMC on Sept. 25, 2022.  She was born in Nanticoke on Sept. 18, 1920 and she was the daughter of the late Richard and Catherine James.  She was married to the late Stanley Weiss who passed in 1968.

She was a graduate of the Nanticoke High School and was employed at Weston Manufacturing for over 30 years.  She volunteered at the General Hospital and the Hope Chest for many years.  Elizabeth was a world traveler, traveling all over the world with her traveling companion Dorothy.

In addition to the parents and husband Elizabeth is preceded in death by a son Robert Weiss, brother William James, granddaughter Debra Weiss Gay, and a daughter in law Joanne Weiss.

A memorial service will be held on Friday at 6pm from the Harding-Litwin Funeral Home 123 W. Tioga St. Tunkhannock with Pastor John Shaffer officiating.  A visitation will be held from 5-6pm.  Interment will be private at a later date.  For online condolences or directions visit www.aplitwinfuneralhomes.com