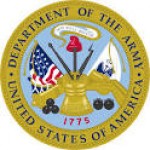 Frederick L. Hollister, 92, of Dimock died on February 25, 2016 at his
home.  Born in silver Lake on October 20, 1923; the son of the late
Herman and Josephine Pearson Hollister. Fred’s wife is the former
Violia E. Wood.
Fred served his country as an Army Veteran of W.W.II he was an auto
mechanic or a truck driver all of his adult life.
He is preceded in death by two brothers Alan and Lyle.
Frederick is survived by one son Freddy; three daughters Jackie, Leigh
and Geraldine all of Arizona.
Fred requested no public services. He will be buried in East Rush
Cemetery at the convenience of the family. For online-condolences
please visit www.aplitwinfuneralhomes.com