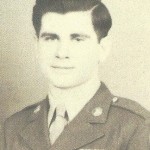 George Thomas Zamber, 90, of Tunkhannock passed away at his house on Aug. 31, 2016.  He was born April 14, 1926 in Swoyersville, Pa. and he was the son of the late George and Mary Hannadel Zamber.  George was married to Rosemary Steve for many years and she passed away in 1999.

George was a carpenter and enjoyed picking up golf balls at his son’s house, going to the casino, and fishing.

A mass of Christian burial will be held Wednesday 11am at St. Mary’s of the Lake, Dalton Rd. Lake Winola.  A viewing will be held at the Harding-Litwin Funeral Home 123 W. Tioga St. Tunkhannock on Tuesday from 6-8pm.  Burial will follow mass at the Pieta Cemetery Tunkhannock.  For online direction or condolences visit www.aplitwinfuneralhomes.com