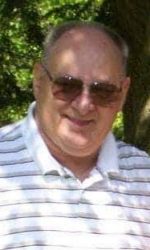 Henry was a supervisor at the St Michaels School and was of the Catholic Faith. He was a graduate of the Tunkhannock High school.  Henry enjoyed many hobbies such as fishing, hunting, carpentry, the outdoors, and old trucks and cars.

In addition to his parents, he is preceded in death by a daughter Kimberly Fulkersin, sister Stella Martin, and a brother John Pascoe.

A graveside service will be held privately at the convenience of the family at the Vaughn Cemetery Mehoopany, with Charles Bishop officiating.  For online condolences or directions visit www.aplitwinfuneralhomes.com