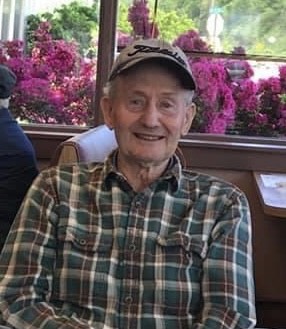 Howard Elmer Warner, 83, of Tunkhannock passed away peacefully at his home on July 15, 2021.  Howard was born in Meshoppen on May 22, 1938 and he was the son of the late Elmer Warner and Hazel Benninger.

Howard was the proud owner of the Warner Complex, and Warner Pools and Spas.  He was a contractor and built several houses in the area, including his own home. He enjoyed golfing, playing in pool tournaments, woodworking, socializing, and having coffee at the Pink Apple.  He was a member of the American Legion Post #510 Black Walnut.  Howard was a US Army veteran and while he was in the service, he was a medic and paratrooper.  He also enjoyed bowling and  trapshooting back in the day.

In addition to his parents, he is preceded in death by his sister Shirley Henry Dowling, and sister Alice Mae at 2.5 years old.

He is survived by his daughter Karyn Brostoski and husband Joseph of Meshoppen, Pa; son Phillip Warner and wife Lera of Round Rock, TX. Granddaughters: Keryne and Cassidy Brostoski and Sasha Warner. His sisters: Betty Alich of Laceyville, Pa; Shelva Jean Berg and husband James, of South Montrose; also many nieces, nephews, and cousins.