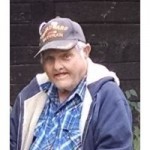 John W. Anderson, Sr. 89, of Tunkhannock passed away at the Tyler Memorial Hospital Wednesday evening. He was born in Tunkhannock on Sept. 7, 1925 the son of the late Miles and Beulah Blossom Anderson. John was a graduate of the Tunkhannock High School and went on to marry the late Romayne Anderson. He was a WWII war veteran who served in the Pacific Theatre. He was retired from Endicott Johnson Shoe Company. John enjoyed spending time with his family, hunting, fishing, and his animals especially his beagle. He is survived by his 5 sons; John, JR. and wife Judy, Randy Craig, George and wife Susan, Bruce Warren and wife Jodi, all of Tunkhannock and David Allen of Notosulga Al. 2 daughters; Patricia Louise of Tunkhannock and Emma Jane and husband Ed of Derby KS. Brothers; Nelson, Ralph and wife Joan, Lyle, Raymond and wife Holly. Sisters; Shirley Weaver and Thelma Anderson. 17 grandchildren, 26 great grandchildren, 2 great great grandchildren and many nieces and nephews. In addition to his wife and parents John is preceded in death by a daughter Susan Mae Minzak. Funeral services will be held Monday at 1:30pm at the Harding-Litwin Funeral home 123 W. Tioga St. Tunkhannock with Pastor Gary Myers of the Meshoppen Biblical Baptist church officiating. Friends may call from 7-9pm on Sunday. Interment will be at the Sunnyside Cemetery. In lieu of flowers memorial contributions may be made to the Tunkhannock Ambulance Association P.O. Box 322 Tunkhannock, Pa. 18657. For online condolences or directions visit www.aplitwinfuneralhomes.com