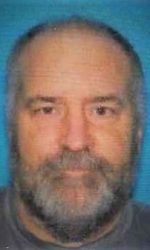 John was born on February 28, 1960 in Tunkhannock to Rita and John R. Balint, Sr. John went on to graduate from Johnson and Wales School of Culinary Arts in Providence, Rhode Island. His two-year associate’s degree program combined training in classical techniques with business acumen in the areas of cost control, nutrition and sanitation. He was a chef for many years and raised two sons, Adam (Captain – US ARMY), and Zachary. Adam is stationed at Fort Hood near Killeen, Texas, the same place that John’s father was stationed when he was in the service. Both of his sons attended and graduated from college for which he was very proud.

John loved to cook, but his great passion was sports. He was an avid fan of Notre Dame football and could usually be seen wearing a shirt or hat with their logo. He enjoyed the NFL in the winter, and followed the New York Mets in the spring and summer months. He rarely missed a televised game, and attended home games in New York, sometimes with his father. He read a number of books about the 1986 Mets World Series Championship, with his Mets hat on, of course. He had many friends, but two of them, Michelle and Bob were very special, and were always there for him when he wasn’t feeling well.

John was preceded in death by his mother, Rita, his younger sister Nancy, and her husband and his brother-in-law, Andy. He is survived by his father, John Sr., his older bother David, his older sister Linda, his two sons, Adam and Zachary, and his two nieces, Abigail and Madilyn.  He is also survived by his cousin Susan and her children John and Kaitlyn.

John will be interred with his sister Nancy and her husband Andy at Sunnyside Cemetery in Tunkhannock, and a private service and memorial will be held for family members.