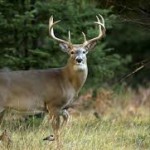 John Paul Jones, 77, of Sugar Run, PA passed away at the Memorial Hospital of Towanda Dec. 22, 2014.  He was born on Aug. 6, 1937 in Jersey City, NJ the son of the late Harold and Noreen Moran Jones.  He was married to the former Florence Sarah Mills who passed away in 2002.  John lived in Keansburg, NJ most of his life until relocating to Sugar Run, PA in 2002.  John enjoyed hunting, fishing, carpentry and water color/oil painting.  In addition to his parents and wife, John is preceded in death by two brothers Harold Jones Jr., a baby brother Robert Jones and his own son John H. Jones who passed away in 2013.  He is survived by his son Robert and wife Silvana of Highlands Ranch, CO and his grandsons Gabriel and Nicholas Jones of Highlands Ranch, CO.  Graveside services will be held at the Fairview Cemetery in Red Bank, NJ at the family’s convenience.  For online condolences visit www.aplitwinfuneralhomes.com.