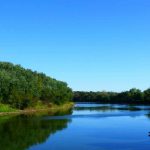 Lindbergh Zenas Belcher (89) of Monroe Twp. passed away at the Tyler Memorial Hospital Aug. 15, 2017. He was born in NJ on Sept. 6, 1927 and he was the son of the late Zenas and Alma Belcher.  He was married to the former Alberta Harvey who passed away in 2012.
Lindbergh enjoyed the outdoors and spending time hunting and fishing. He also enjoyed cooking, baking, and gardening.
He was preceded in death by Brothers; Freeman, Ernie, William, and Donald. Sisters; Alma Sudek, Theresa Webb.
He is survived by his children Linda Belcher of Monroe Twp., Kelly Harvey of Falls, and Rich and wife Christine Harvey of Mehoopany. Sisters; Leona Saxon, Bertha Bedell, Shirley Drake, Mary Jane Faux, Carol Weed, Margret Rude. 8 Grandchildren and 1 great grandchild.
Services will be private at the convenience of the family.