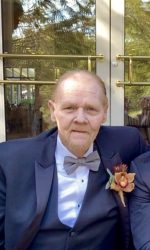 Patrick was of Catholic Faith. He served our country in the Navy as a Seabee. He worked for over 30 years in the drilling industry most recently at Warren George, Inc. Jersey City, NJ. He was a handyman that enjoyed working, gardening, cooking, and bonfires.