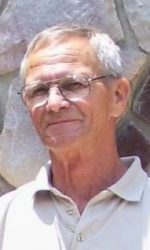 Merle R. Harvey, 86 of Tunkhannock, PA passed away peacefully with his family by his side on Tuesday, March 1, 2022.

He was predeceased by his parents, Ross and Elnora Harvey; loving wife of 57 years, Elizabeth (Betty); and brother, Laverne.

Merle is survived by his sister, Joyce Vought from Owego, his children, Timothy (Ruth) of Elmira; Karen (Dennis Haynes) of Tunkhannock, and David (Tammy) of Greenville, SC.; 6 grandchildren, 5 great-grandchildren and several nieces and nephews.

Merle was born in Johnson City on March 30, 1935 and graduated from Johnson City High School. He was a veteran of the United States Navy and was a skilled meat cutter for many years at Ted Clark’s Busy Market in Waverly.  He served for many years as the Scoutmaster of Troop 12 in Waverly, NY. He enjoyed golfing and spending time with his family.

A memorial service will be held at a later date. Memorial donations may be made in Merle’s name to your local Boy Scout Troop or the Wyoming County Senior Citizens Center in Tunkhannock, PA.