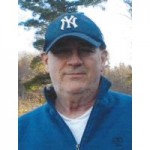 Michael George Grohs, 72, of Tunkhannock passed away at the Commonwealth Hospice, Scranton Wednesday morning, November 26th, 2014. He was born in Teaneck Twp., NJ. on Nov. 26, 1942 the son of the late Edward and Gloria Armstrong Grohs. After graduating high school and serving in the Air Force, Michael married the love of his life former Donna Lee Summers on Aug. 12, 1967. He was an Engineer at Bendix/Allied Signal for over 25 years and Plant Manager for several years in South Montrose. Michael enjoyed golfing at the local country clubs, fishing in Canada at Wolf Lake, family vacations, an avid fan of Notre Dame Fighting Irish and the New York Yankees, as well as coaching his children in sports and teaching his grandkids a thing or two about sports or a good chess or board game, and loved spending time with his family and would be their for any one of them…. their rock. Michael also enjoyed playing shuffle board with his friends after Friday night football games. In addition to his parents he is preceded in death by his two brothers Mathew and Edward Grohs. In addition to his wife Donna, he is survived by 3 daughters; Stephanie and her husband Jeremy Stephens of Tunkhannock, Melissa and her husband Charles Shultz of Dallas, and Kimberly and her husband Kevin Kalmanowicz of South Carolina. Two sons; Michael K. and his wife Marybeth Grohs of Clarks Summit, and Edward C. and his wife April Grohs of Utah. Sisters; Gloria and her husband John Goebler, Gail and her husband Jim Floyd, and Lisa and her husband Scott Smith and Brothers; Steven and his wife Kim Grohs, James and wife Christine Grohs, and Mark and his wife Linda Grohs and Sister in law Linda Grohs. 13 grandchildren and many nieces and nephews. A memorial service will be held Saturday at 3pm from the Harding-Litwin Funeral Home 123 W. Tioga St. Tunkhannock with Ernie King officiating. Friends may call from 1pm until the time of the service. For online condolences or directions visit www.aplitwinfuneralhomes.com