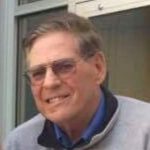 Paul Oliver Goodwin, 88, of Forkston and Mehoopany, passed away at the Allied Hospice Center on March 18, 2020. Paul was born in Wyoming, Pa. on June 29, 1931 He was the son of the late Earl and Olive Lewis Goodwin.

Paul was the owner and operator of a school bus company for the Tunkhannock Area High School and he was a lifetime farmer. He was a member of the Forkston United Methodist Church for over 50 years, a 33rd Degree Mason at the Nicholson Lodge, a Mehoopany and Forkston Twp. Supervisor, 50 year member of the Forkston Grange, a little league umpire for 50 years, a member of the Forkston Cemetery, he was instrumental in the creation of the Creek Junction Park and board, FWM Ambulance, and the Mehoopany Community Center, Co-Owner of the Goodwin Sawmill, he was a real estate agent, an avid hunter and he would always lend a helping hand. He was the owner of the Goodwin ballfield which he donated the use of to softball leagues and the FWM Athletic Assn. Many will remember Paul for his musical talents as he played in many bands and square dances.

In addition to his parents and his wife the former Margaret Layaou whom passed away in 2015 he is preceded in death by his sister Julia Arrowood Arthurhultz, brothers Harold, Bernard and his identical twin brother Perle Goodwin.

A graveside service will be held on Sat. March 21st at 11am from the Forkston Cemetery (Burgess Road Mehoopany) where Paul and his twin brother were caretakers of for many years. The graveside service will be officiated by Pastor Julie Rosensteel of the Forkston United Methodist Church. A celebration of life will be held at a later date. For online condolence or directions visit www.aplitwinfuneralhomes.com