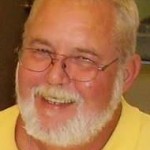 Richard O. Graham Jr., 63, of Tunkhannock, PA passed away peacefully in his sleep Wednesday at his home. He was born in Bermuda, Great Britain on Nov. 12, 1953. He was the son of the late Richard O. Graham Sr. and the former Carol Fry of Gallipolis, Ohio.  He was married to the former Theresa LA Rocco who died on July 12, 2015.

Richard worked as a computer programmer for the United States Postal Services.  He enjoyed spending time with family and friends, and especially his grandchildren.

A Memorial Service will be held Wednesday Dec. 28 at 7 PM at the Harding-Litwin Funeral Home 123 W. Tioga St. Tunkhannock  Friends may visit the family at the funeral home an hour before service time from 6 to 7 PM. Interment will be private at the convenience of the family. In lieu of flowers the family is requesting donations to the American Cancer Society or to Medical Oncology Drug Assistance Program.   www.aplitwinfuneralhomes.com