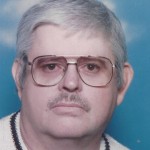 Robert Charles Rosengrant, 62, of Tunkhannock passed away at his home Wednesday.

Robert was born May 1, 1952 in Tunkhannock and he was the son of the late Dexter and Louise Moore Rosengrant.

Robert was a graduate of the Tunkhannock High School and after high school he joined the Navy. After the Navy Robert was an Owner/Operator truck driver. He enjoyed hunting, fishing, and spending time outdoors.

He is survived by his three children Nicholas Rosengrant of Mehoopany, Kalyn and Austin Rosengrant both of Forkston. A brother James and Dianne Rosengrant of Tunkhannock, and two sisters Donna Richards and Horace Simons, of Lake Carey, and Betty Jean and Robert Forba of Meshoppen and many nieces and nephews.