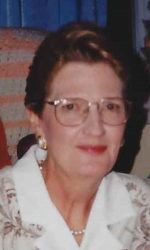 Sheila M. Radle, 78, of Tunkhannock passed away peacefully on Tuesday, August 16, 2022, with her family at her side.

Born in Taylor, PA on October 16, 1943, she was the daughter of the late Edward J. Knowles and Gertrude M. (Doxbeck) Knowles.

She is survived by her loving husband of 58 years, William Radle, and their daughters Lisa Solsman, and her husband, Phil, of Meshoppen, and      Cheryl Pasternak, and her husband, Ron, of Tunkhannock, along with her granddaughters, Christine Solsman and Kaitlin Pasternak. In addition, she is survived by her brother, Edward (Ned) Knowles of Cave Creek, AZ, and her sister, Margaret (Peggy) Jones of Catasauqua, PA, as well as many cousins, nieces and nephews. She is proceeded in death by her brother, Robert J. Knowles, formally of Duryea, PA.

Sheila will be missed by so many for her smile, her laughter, and the good times. She was a member of the Nativity BVM Church, of Tunkhannock. She was devoted to her Catholic faith, and dedicated to the love of family and her home.

At Sheila’s request, all services will be private and at the convenience of the family. Memorial contributions can be made to the Alzheimer’s Association or the Nativity BVM Church.