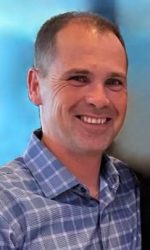 Share Print
Timothy Paul Hannon, 45, of Tunkhannock passed away at his home surrounded by his family on August 18th.  Tim was born in Lewistown, PA on Nov. 13, 1976, and he was the son of Daniel and Barbara Markley Hannon.  Tim was married to the former Danielle Vacula for 19 years.

Tim graduated from Indian Valley High School in 1995 and Lock Haven University in 1999 with a Bachelor’s Degree in Health Science.  He continued his education with a Master’s Degree of Exercise Science and Cardiac Rehabilitation from East Stroudsburg University.  Tim and Danielle settled in Tunkhannock and Tim worked for the TLC Medical Fitness Center as part of the NE Rehabilitation Associates where he met so many clients and staff who were great friends.  Besides spending time with his family,  one of Tim’s greatest joys was coaching his daughters and their friends in youth basketball and softball.  A highlight of his coaching includes being the manager of the Tunkhannock softball team who came in second at the Little League World Series in 2018.

He is preceded in death by his father Daniel Paul Hannon.

In addition to his wife, he is survived by his beautiful daughters Kaya, McKenzie, and Kianna Hannon who he was so proud of.

He is also survived by his mother Barbara Hannon, brother Greg and wife Julie Hannon, niece Zanna and husband Mitch, and nephew Jared all of Lewistown, in-laws Rich and Ann Marie Vacula of Mansfield, and many friends who were like family.

A mass of Christian burial will be held Monday at 10am from the Nativity B.V.M. Catholic Church at 99 E Tioga St, Tunkhannock.  A viewing will be held at the Harding-Litwin Funeral Home 123 W. Tioga St. Tunkhannock from 4-7pm Sunday.  Interment will be at the Sunnyside Cemetery.  In lieu of flowers, memorial contributions may be made to The Hannon Girls College Fund, checks payable to Danielle Hannon in care of the Peoples Security Bank and Trust, 83 E Tioga St, Tunkhannock, PA 18657.