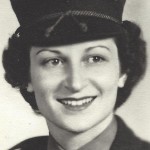 Virginia M.Swartz, 90, of Dalton passed away at her home Saturday evening.  She was born Nov. 24, 1924 in State College,Pa the daughter of the late Robert and Nina Minshall.  After graduating high school Virginia went into the Marine Corp and later married Ray A. Swartz and they were married for64 years.Virginia started her career at the Falls-Overfield Elementary school as an elementary teacher and went on the receive her PHD in Education.  She was a college professor at the Penn State University and Keystone College. Virginia enjoyed photography, bird watching, and gardening.In addition to her parents she is preceded in death by her son Kenneth Swartz and two brothers Edward and William Minshall In addition to her husband Ray, Virginia is survived by her son Ron Swartz, Daughter Laura Wilbur, daughter in law Cherl Swartz all of Dalton.  3 grandchildren Jeremy, Joshua, and Cody Swartz, and a great grand daughter Evelyn Swartz all of Dalton.A memorial service will be held at 11am from the Harding-Litwin Funeral Home 123 W. Tioga St. Tunkhannock Thursday Jan. 8 with Chaplain Tim Weeks from the Commonwealth Hospice officiating.  Friends may pay their respects from 10am until the time of the service.  A graveside service will be held at a later date.For online condolences or directions visit www.aplitwinfuneralhomes.com