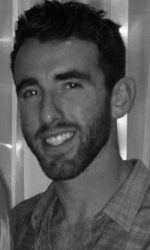 William (Billy) Burt Kresge, 26, passed away April 14, 2019 in a tragic car accident in Ruskin, FL when his car was side-swiped by another driver.

Billy was born in Scranton, Pa and graduated from Tunkhannock Area High School in 2010. He lived everyday like it was his last and lived a fulfilling life of thrills and adventure. In high school, he was part of the Track & Field team and early on set the Junior Varsity record for javelin. He then attended Johnson College where he graduated with an Associate’s Degree in HVAC Technology. He worked for Manglaviti HVAC before moving to Breckenridge, Colorado to pursue his love for skiing and the outdoors. There, he owned and operated his own business, Kresge Plumbing and Heating. His love for adventure and business aspirations were inspired by his beloved grandfather who preceded him in death, William Blewitt Kresge, Jr. Billy’s adventures led him to complete his dream of being the first person to climb and then hula-hoop on the summits of Colorado’s 56 “true” 14,000 ft peaks, plus two unofficial 14ers for good measure. Over four months, he completed his camping and hiking adventure by himself with his collapsible hula-hoop he made with PEX tubing. After he traveled and explored the West, he decided to pursue his passion for skydiving. This led him to move to Florida, where he earned his B-license and currently was in line to receive his C-license in skydiving. He also earned the USPA Coach Rating and overall completed 370 jumps. While in air, he met a fellow skydiver, Lia Wolfe, who just so happened to be the love of his life. They spent their time together skydiving and living life to the fullest every day.

Billy was loved and adored by all of his family and friends. He is survived by his father, William Blewitt Kresge III and his mother, Shelley Hoyt Kresge; Caroline Harding Kresge, grandmother; and maternal grandmother Phyllis Hoyt sister, Molly Zluchowski and husband Adam, who are soon expecting a daughter, Brooklyn Caroline Zluchowski; Luke Kresge, brother; Joseph Kresge, brother; Lia Wolfe, love of his life; Michael Drobish and Igor Storozhuk, best friends; along with several close family members and friends in Pennsylvania, Colorado and Florida. We also can’t forget his faithful canine companion, Raw.

Funeral services will be held at 10am on Saturday Apr. 20th from the Harding-Litwin Funeral Home 123 W. Tioga St. with Rev. James G. Rugg of the Mill City Assembly of God officiating.  A viewing will be held from 5-8pm on Friday at the funeral home.  Interment will take place at the Sunnyside Cemetery.

Memorial contributions may be made to Lazy Brook Park in memory of William B. Kresge (donations will help to begin fund a disc golf course).